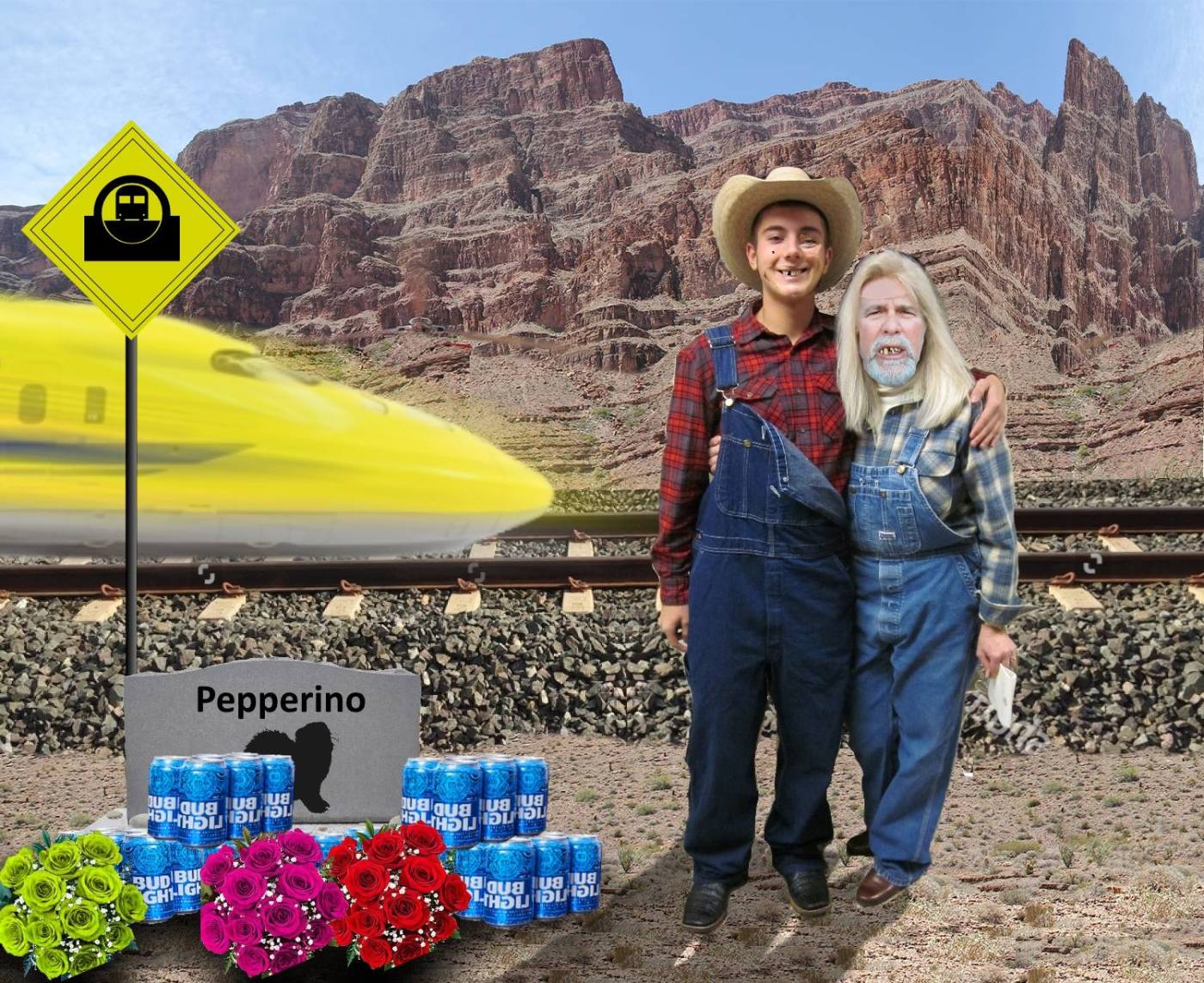 Phew. Thanks so much for clickin’. By lookin’ at this here article, you just helped me get closer to earnin’ some ad money. If I can get 100,000 looks on this site ‘fore the end of the month, then I can get a major advertisin’ deal with Bud Light or Marlboro. Hell, they might even send me free booze and cigarettes for the rest of my god damn life! Geez, I nearly forgot, some of that money could also be spent on my brother’s ferret, Pepperino, who might need some help. That dumbass Pepperino jumped in front of a speedin’ train, nearly seven years ago. I guess the train was travelin’ at 120 clicks. The doctor said no animal could live through that, but doctors don’t know shit. (One stupid doctor told Aunt Ruthie she would die if she kept drinkin’ and smokin’ every night, and she lived ’til 46. Thanks Obama!) Plus, nobody ever found Pep’s body, so who knows? He could still be livin’. If they do find that lil’ peckerhead, all that extra cash might come in handy. And imagine how cool it would be makin’ money from a site I started in my momma’s basement. The cigs and brews from those big companies would just be the cherry on top!

Go to my GoFundMe page if you’d like to help a little more.

P.S. My brother hasn’t been able to work since lil’ Pep disappeared, so we really need the money. He was a helluva train driver, ’til one day he hit a small animal. He ain’t acted the same since.